Biases in popular models like flair, bert and bytepairs and debising techniques:

Sonam is currently working as an AI Researcher at saama technologies mostly in the area of natural language processing and deep learning.

She have also been tech Speaker at PyData Global 2020 , Pycon India 2019 and 2020. Previously, She has worked as a visiting faculty for robotics and computer vision, and also have experience in entrepreneurship and startups, worked as a Lead software engineer in an IIT Madras incubated company for pipeline inspection and robotics solution where she implemented corrosion detection using ML. Have also built and released an App for movies and series recommendation using ML. 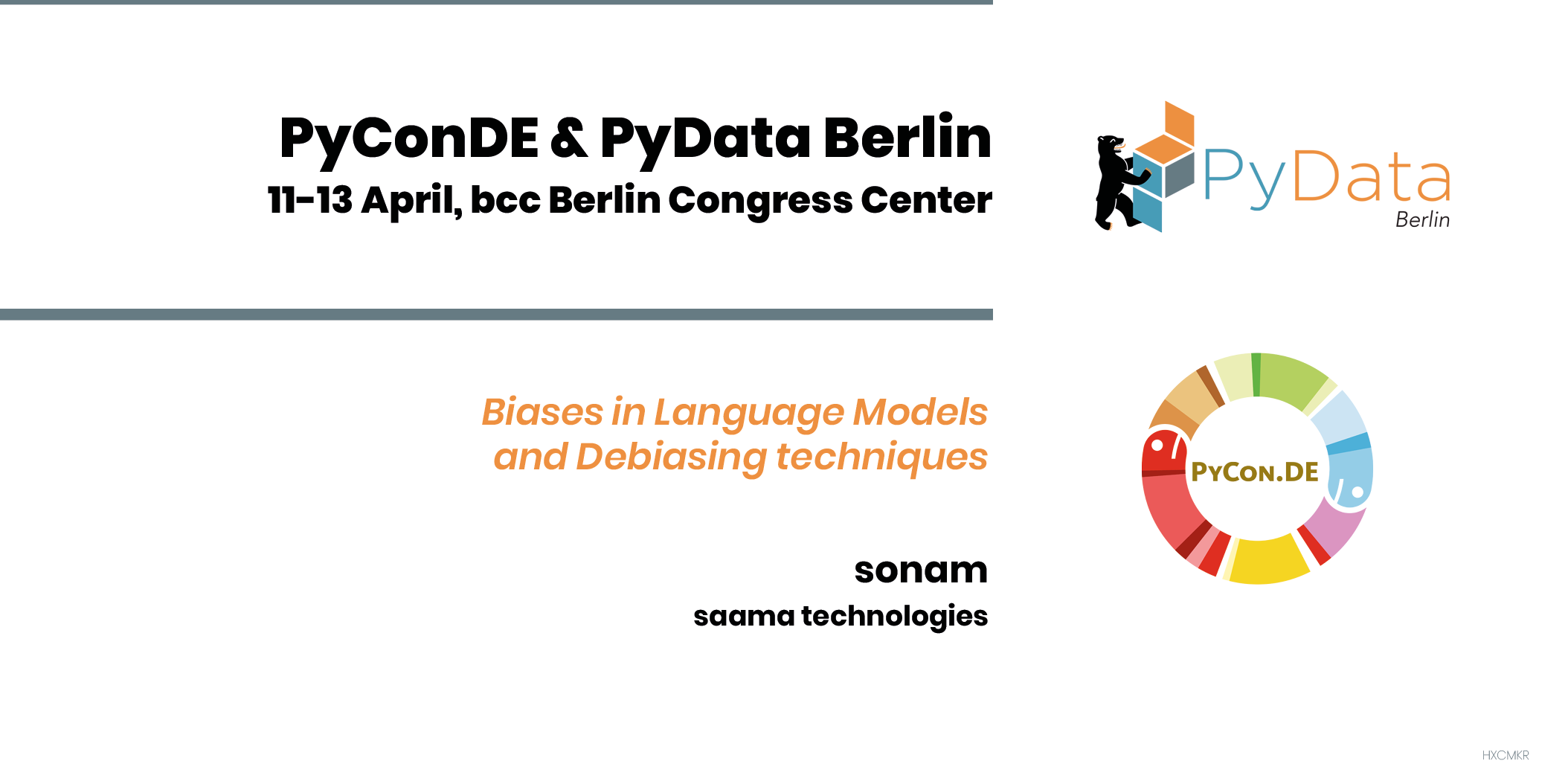