For all the excited talk of the future and Web 3.0, it can be easy to overlook the past. How and why did the Internet come to be? What about the World Wide Web? How did these technologies come about, and how did they become so ubiquitous? What’s more, what role did python play in this history? Let’s go on a very brief tour of this history, and offer some food for thought on the future of the web and the Internet in general.

With a nod to the Victorians that came much before, we’ll start out tour at the height of the Cold War, as the US fights for dominance in science, technology, and space, and the emergent RAND corporation begins to explore novel ways to connect the different components of the US Military Industrial Academic Complex. Then we’ll move along to CERN in the 1980s and 1990s and Tim Berners-Lee’s understated proposal for “Information Management.” We’ll take in some more sights along the way - the Bush Whitehouse, the Atlantic seabed, and a nuclear bunker in Germany - before ending up (perhaps reluctantly) in the metaverse to assess the impact these technologies have on our lives, their societal potential for good and evil in the future.

We’ll also dig deeper into what the World Wide Web actually means, and the historical context and theory of the idea behind it: a hypertext. The WWW wasn’t the first hypertext - indeed we’ll take a look at the ‘web by post’ envisaged in the mid 1940s. How has the notion of a hypertext shaped the web as it exists today, and how will it shape its future?

The talk will also, at times, take note of some of the key characters in the creation of the web, paying a particular attention to some of the often overlooked minority figures that were inherent in its creation, alongside those who emerged today as household names.

Although born out of an academic study (and originally delivered as a semester-long undergraduate course at a top university), this talk is intended as an accessible and engaging, light history of the internet and the networked technologies fundamental to us all today. Sharpen your saw by taking a step back and discovering the deep history and stories behind the Internet and the World Wide Web. Oh, and, of course, we’ll also look at how the Python programming language fits into this history, too.

Dom Weldon is a Principal Software Engineer at Decision Lab, and an independent software and graph database consultant. Decision Lab is a London-based mathematical modelling consultancy with expertise in machine learning, simulation, optimization and visualization. Dom's team specialize in taking models from data scientists and turning them into production ready tools. Current clients include the Royal Navy, Siemens and various UK public bodies.

Dom came to Decision Lab from his PhD studies in Computational Geography at King's College London, his initial degree was in Natural Sciences at the University of Cambridge, and holds a master's in the historical and cultural geography of the Cold War United States. Outside of work, Dom is interested in languages and travelling, and holds a voluntary statutory appointment on a board monitoring the welfare and dignity of prisoners in a challenging North London jail. 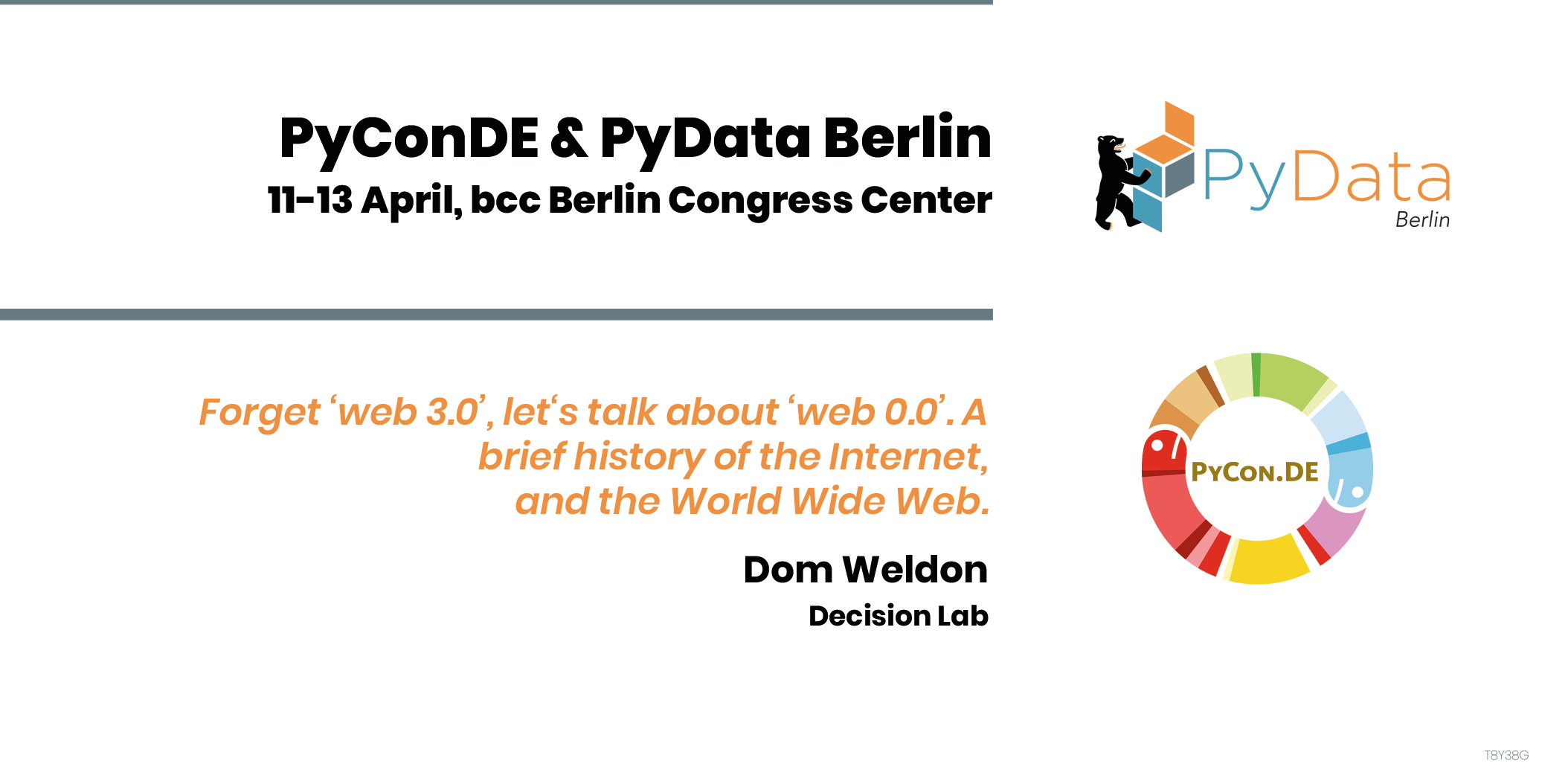