The conda-forge project offers binary packages for Linux, macOS and Windows. It has greatly simplified software distribution for millions of users. As a volunteer-run Open Source project with build instructions for a plethora of software packages that are most often used in the multidisciplinary community of scientific computing, conda-forge has seen an unprecedented growth, not the least because of the success of Python in that field.

In this talk we’ll take a look at the past, present and future of the project and showcase a number of projects in the overarching conda ecosystem that help with scaling conda-forge.

The talk will go into detail how the conda-forge project is maintained by volunteers and where collaboration between participating organizations is a key aspect of shaping its future. We will also answer the question “Why not just use PyPI and the Python packaging stack?” and show how easy it is to create and submit packages to conda-forge.

Wolf Vollprecht is the CTO of QuantStack . QuantStack is  the open source consulting company at the heart of mamba package manager and Jupyter. Wolf is also a core contributor to the conda-forge distribution, and initiator of the RoboStack distribution of robotics related packages.

Jannis Leidel, better known as "jezdez" in the Python community, has until recently been working at Mozilla as a staff software engineer on the Mozilla data platform team, maintaining part of Mozilla’s data infrastructure and tools and before that as a web developer on the Mozilla Developer Network (MDN) project that documents Open Web technologies. He now works on the conda team at Anaconda to help co-maintain the conda package manager.

As an avid contributor to Open Source projects, he's incredibly proud of the different communities he has become part of, whether it's the Python packaging ecosystem, the data science community, the Django project, the conda-forge project or the Jazzband collective. As director at the Python Software Foundation he works in the packaging working group, the finance committee and as co-communication chair.

Feel free to reach out to him via Twitter at @jezdez (DMs are open).

Jaime holds a PhD in Biotechnology and believes that packaging is one of the pillars for reproducible research. He became a conda enthusiast while working on molecular modelling frameworks and machine learning pipelines for drug design. 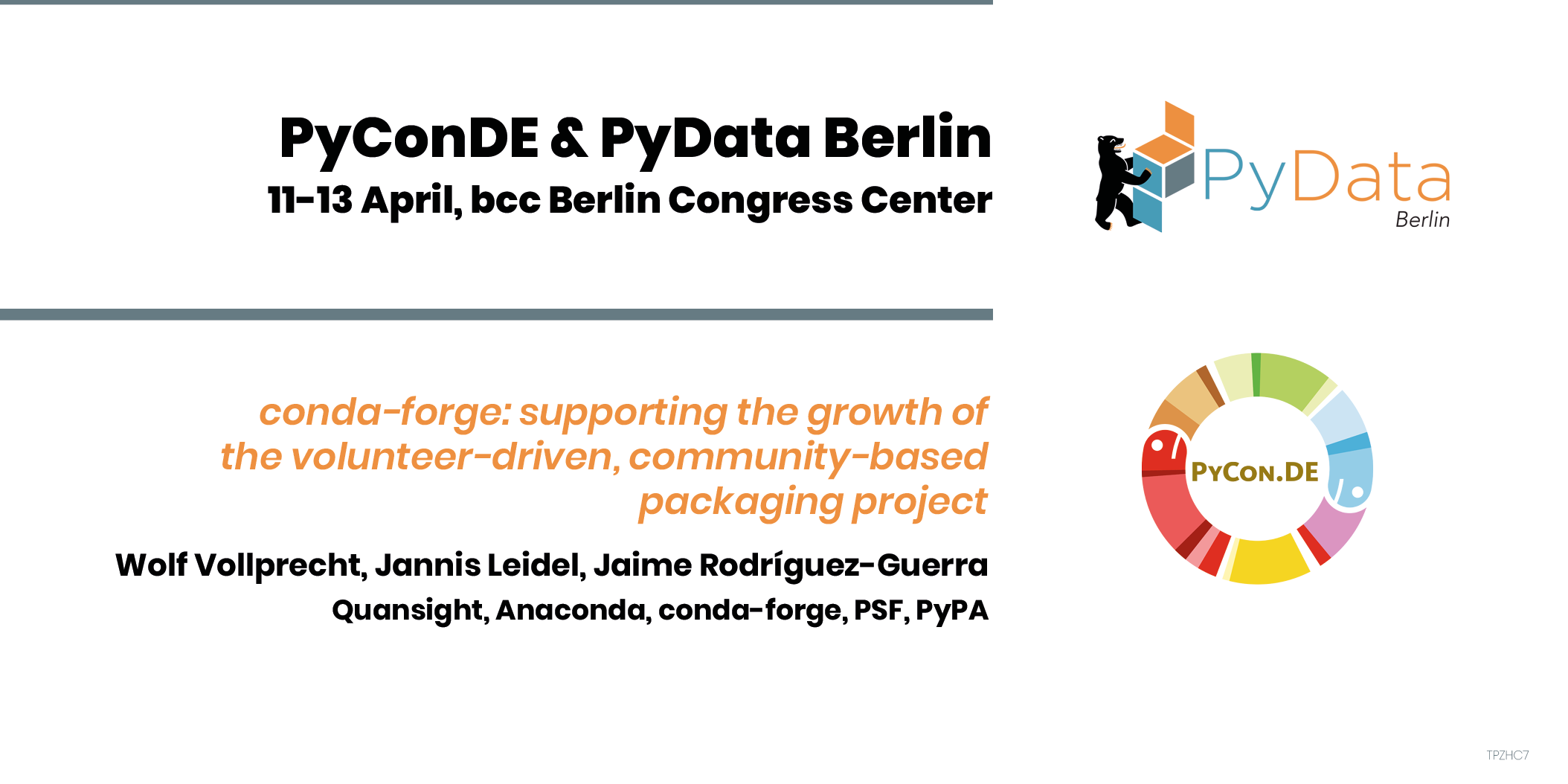